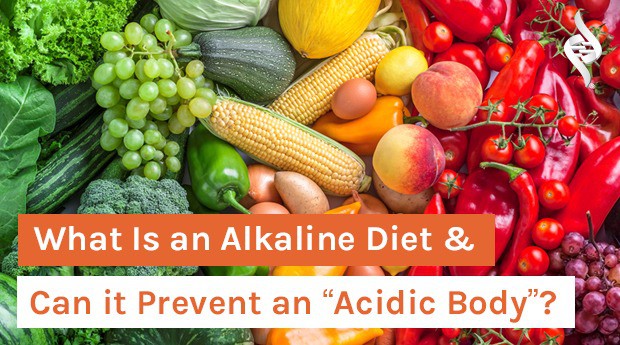 What Is an Alkaline Diet & Can it Prevent an “Acidic Body”?

If you’ve ever gone camping, you probably made a campfire as part of your outdoor adventure. The next morning you might have noticed that the only thing remaining in your fire pit was a pile of white, fluffy ash.

Assuming you didn’t also burn plastic or other contaminants, it might surprise you to learn that this natural wood ash is actually carbon-rich fertilizer in disguise – containing all sorts of nutrients like calcium, lime, and potassium that support a healthy environmental life cycle.

Wood ash, in general, is actually a powerful composting agent. When spread across the soil, it not only makes it more fertile but also contributes to the balancing of its pH (potential of hydrogen) through the neutralization of acid [1].

You’re probably wondering… what do campfires and the nutritive wood ash they create have to do with humans and their dietary habits?

It turns out that understanding the restorative properties of simple wood ash and how it’s created can actually teach us a whole lot about sustaining our bodies.

What Is an Alkaline Diet?

If you’re not familiar with the concept of an alkaline diet (also known as an alkaline ash diet or an acid alkaline diet), it basically involves feeding your body things that naturally help to neutralize disease-causing acidity.

Just like how the burning of wood produces natural, alkaline-forming wood ash for soils, alkaline-forming foods generate their own “ash” byproducts. These byproducts effectively “fertilize” the body’s internal cellular terrain which deters the body from becoming too acidic to the point of causing disease.

In other words, digestion of alkaline-forming foods creates nutritional “ash” that help to balance your body’s pH levels.

Are You Eating an Acidic Diet or an Alkaline Diet?

As you may already know, everything you eat gets broken down through a series of chemical reactions and metabolic processes. This creates base-level nutrients that your body is able to use for the production of energy, the building of muscle, and the perpetual creation of hormones, among other things.

Depending on what you eat, the leftover “ash” that remains after your food is metabolized either contributes to your body’s growth and well-being through alkalization, or its break-down through acidification.

When you consume high alkaline or alkaline-forming foods, you’re essentially adding more “wood” to your internal bonfire – along with nothing else that might cause it to die-out or become polluted.

But when you consume acid-forming foods, it’s kind of like throwing “plastic bottles” on a bonfire. When this trash is done burning, it leaves behind all sorts of toxic waste byproducts that contaminate the leftover “ash” and make it acidic. As a result, it’s unable to properly “fertilize” your body for continued sustenance.

Obesity Can Be a Sign of an Acidic Body

When the body is in a perpetually acidic state (meaning pH levels are too low), all sorts of bad things can happen. For one, internal stores of electrolytes such as calcium and potassium quickly plummet, as the body is forced to rob them from the kidneys in an attempt to raise pH levels back to normal.

Mineral stores in the bones, vital organs, tissues, and cells likewise become depleted, as the body pulls nutrients from where it can in its clamor to achieve acid-base homeostasis.

The loss of these electrolytes and minerals further compromises the body’s ability to absorb vitamins, as these critical absorption cofactors are now in short supply.

This is usually followed by a rapid accumulation of toxins and pathogens throughout the body, as the waste-disposal systems that also rely on these same minerals and electrolytes in order to function struggle to keep up with this toxic onslaught.

One end result of a body that’s too acidic is often obesity, as fat cells are where the body stores both toxins and excess acid.

What Is the Ideal PH of Human Blood?

The human body is programmed to maintain a balanced, slightly alkaline serum (blood) pH level of between 7.35 and 7.45. However, an acid-forming diet greatly inhibits the body’s ability to do so.

The standard American diet (SAD) is an example of an acid-forming diet that packs a one-two punch to your health.

The result is metabolic acidosis, which can manifest in a variety of horrific ways, most notably as an array of chronic and debilitating illnesses [2]. This is why a growing number of wellness practitioners are encouraging their patients to adopt a high alkaline diet. Eating this way has been shown to help the body more easily achieve that pH sweet spot without having to work too hard, in turn maximizing the body’s wellness potential.

So which foods are alkaline-forming and which are acid-forming? Before answering this question, it’s important to keep in mind that just because a food is acidic in taste doesn’t necessarily mean that it’s acid-forming inside the body.

One prominent example of this is citrus fruits like lemons and limes. Despite being extremely acidic, lemons and limes are among the most alkaline-forming foods out there once they’re consumed.

With that in mind, here are the nuts-and-bolts of what you need to know to create a high alkaline diet [3-5] :

Alkaline-forming foods tend to be those that are raw, organically grown, and found in the produce section.

On the other end of the spectrum are acid-forming foods, which include sodas and pretty much anything that’s processed, as well as alcohol, coffee, sugar, and conventional grains, meat products, eggs, and dairy. Consuming too many acid-forming foods while not exercising regularly and sleeping erratically is a recipe for acidosis. One that’s further complicated by high levels of stress and routine exposure to toxic chemicals.

Alkalizing your body appears to have many health advantages. Here are 4 significant benefits to consider:

Cancer, Keto, and the Alkaline Diet

No discussion about an alkaline diet would be complete without addressing the quintessential curse of modern medicine: cancer. Since cancer cells thrive in an acidic environment, many health proponents advocate that alkalizing your body decreases cancer risk. It’s important to note, however, that at this point there does not appear to be any published scientific studies either supporting or disproving this claim.

According to a review published in BMJ Open (British Medical Journal) in 2016, the researchers stated:

Despite the promotion of the alkaline diet and alkaline water by the media and salespeople, there is almost no actual research to either support or disprove these ideas. This systematic review of the literature revealed a lack of evidence for or against diet acid load and/or alkaline water for the initiation or treatment of cancer [8].

Coming up in another article we’ll discuss tips for combining an alkaline diet with the popular ketogenic diet.

[2] The Alkaline Diet: Is There Evidence That an Alkaline pH Diet Benefits Health?

[3] 19 Highly Alkaline Foods That Will Benefit Your Body

[7] THE IMPORTANCE OF YOUR BODY'S pH BALANCE

[8] Systematic review of the association between dietary acid load, alkaline water and cancer