Have you have heard of the cat’s claw herb and how good it can be for the body and mind? Cat’s claw is a rainforest herb that is traditionally used to fortify immunity, reduce inflammation, and so much more.

If you are new to cats claw herb, read on to discover the amazing benefits this botanical can have for the body on all levels − especially if you’re concerned about brain health and issues such as dementia and Alzheimer’s.

Exciting new research is showing that cat’s claw may also have “nootropic” properties. This means acting as a neuroprotectant (protecting nerve cells) as well as stimulating brain cell regeneration.

What Is Cat’s Claw Herb?

There are actually several types of herbs that go by the name “cat’s claw” which hail from rainforest areas of Southeast Asia, Africa, and Central and South America. For the purposes in this article, we will be talking about the Uncaria tomentosa variety of cat’s claw. This herb is also known as Saventaro, Villacorta and, of course, Uña de Gato (“gato” being the Spanish word for cat). The herb got its name because of the shape of the long thorns that grow on the vine.

Cat’s claw hails from the highland areas of Peru in South America. Another version of cat’s claw that grows in the lower regions of Peru, Uncaria Rubiacea, also contains many of the same healing properties.

The medicinal part of both varieties is the barky vine that is dried, shredded, and often made into a tea.

The cat’s claw vine has been on the radar for natural healing in the West since the 1920s and has an interesting beginning in the modern world. Dr. Arturo Brell, a German scientist and naturalist, was working and living in the Peruvian rainforest in the 1920s. He was using cat’s claw for his own arthritis symptoms with great success.

As the story goes, a colonist friend of Brell’s, named Luis Schuler, was diagnosed with Stage IV lung cancer. Brell gave Schuler a tea made from cat’s claw to drink three times a day. A year later, Schuler’s cancer was reportedly gone [1].
Since then, dozens of studies have been conducted on cat’s claw to determine its benefits. One of the biggest benefits for all organ systems – including the brain – is how the herb can affect inflammatory markers.

How the Cat’s Claw Herb Can Help With Inflammation Levels

What is cat’s claw herb used for? There have been several research reports which have connected cat’s claw to decreased inflammation to help with arthritis relief, DNA damage prevention, controlling pain receptors, and other disease conditions. According to statistics put out by the U.S. Centers for Disease Control, as of 2017 23% of the U.S. population has some form of arthritis with this number projected to increase as the population grows and ages. This includes rheumatoid arthritis, gout, lupus, or fibromyalgia [2]. Some studies have indicated that cat’s claw can help provide relief for these conditions.

For instance, a 2007 investigation conducted by the University of North Carolina at Charlotte [3] linked cat’s claw to lowering inflammation in osteoarthritis. According to the researchers, cat’s claw can “assist in the reduction of pro-inflammatory mediators and effectors” and they encouraged further study on the herb for arthritis relief.

Specifically, the U of NC researchers found that cat’s claw alters signaling of proteins involved in systemic inflammation such as the cytokine TNF alpha and also acts as a powerful antioxidant.

Chronic pain is another condition which has reached epidemic proportions in America. The National Institutes of Health state that about 25 million Americans (11% of the adult population) suffers from chronic pain, defined as having pain every day for the proceeding three months. Forty million (17% of the population) suffer from severe pain [4].

Again, studies have shown that Uña de Gato’s amazing anti-inflammatory ability can help. A Brazilian study [5] conducted in 2005 found that this amazing herb can reduce pain by adjusting mechanisms having to do with certain hormonal receptors. 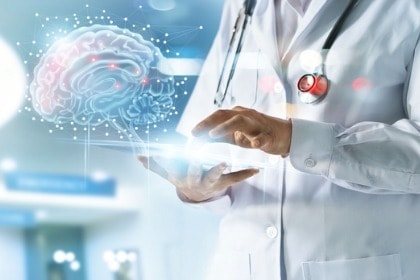 damage. This includes within the brain as well. One of the most impressive studies to date is a 2013 Chinese investigation [6] published in the journal Neurochemistry International.

Researchers found that components in cat’s claw have strong antioxidant effects on many kinds of free radicals, including highly reactive hydroxyl free radicals [7]. It also showed that cat’s claw can protect against the harm of mitochondrial membranes.

In their report, the researchers hypothesized that cat’s claw may also be beneficial for those with Parkinson’s Disease.
Cat’s claw is turning out to be a solid neuroprotector against some of the most common conditions of cognitive decline. Some studies have discovered that cat’s claw can promote cerebral circulation and help prevent neurotoxic plaque buildup that can lead to Alzheimer’s.

According to some experts [8], cat’s claw can help with memory and learning and can help stimulate neurogenesis (i.e., the growth of new brain cells). It does this in part by boosting levels of a substance called brain-derived neurotrophic factor (BDNF). Low BDNF has been linked to conditions including clinical depression [9], dementia, obsessive-compulsive disorder, and other serious cognitive disorders such as schizophrenia.
In many people, cat’s claw’s anti-inflammatory and detoxifying qualities can help support balanced brain chemistry as well. According to the same Brazilian study mentioned above, cat’s claw has the ability to affect serotonin (5-HT2) receptors in the brain and increase tryptophan. This can help produce a state of calm and relaxation.

Many individuals take the cat’s claw herb because it appears to have the ability to calm a racing mind, help with anxiety, and assist in focusing and decision-making abilities.

Cat’s claw is chock full of phytonutrients which help detoxify and protect against stress and inflammation in the brain. Alkaloids are a class of organic compounds found in plants that contain nitrogen. Cat’s claw contains over a dozen types of beneficial alkaloids as well as tannins, flavonoids, and glycosides (quinovic acid in particular) [10].

The specific alkaloids found in cat’s claw (such as isopteropodine, pteropodine, isomitraphylline, and others in the oxindole categorization) – working in conjunction with other phytonutrients in the herb – have been found in various studies to be stroke-preventative [11], helpful for curbing herpes [12], and may even be heart healthy. In addition, plant-based alkaloids, in general, are connected to mechanisms which can help slow down the process of Alzheimer’s disease, according to a 2011 report put out by the Translational Genomics Research Institute in Phoenix, Arizona [13].

Modern-day researchers are still uncovering the myriad of benefits and uses of cat’s claw. If you’re interested in adding cat’s claw herb to your brain and body health toolbox, it’s always advisable to check first with a trusted holistic health professional. Meanwhile, this herb has been used safely for overall health by the indigenous peoples of the Amazon for centuries… and increasingly by those in the Western world who have learned of its anti-inflammatory and brain-health potential.